Future of Coaching with AI: are the coaches doomed?

Coaching is considered as one profession that most feel, will be difficult for bots and AI (artificial intelligence) to replace. The thought there originates from following assumption(s):

Let’s deal with each one by one…

“Artificial intelligence (AI) is so last year, according to some experts. Scientists at MIT this week claimed a breakthrough in how human intuition can be added to algorithms. And in a separate, unrelated report, Deloitte Consulting is chastising the business community for not comprehending fully that new, cognitive computing technology should be exploited. “Artificial intelligence is only the beginning,” researchers write in a Deloitte University Press article about Deloitte’s February study. Massachusetts Institute of Technology (MIT) is one organization racing to design them. The school recently said it now knows how to include human intuition in a machine algorithm. That’s a big deal.”

Impact on Coaching Profession: Now in coaching context that means that we can teach the ai tools or bots to learn and ultimately be better than humans to be able to be intuitive, and with more data getting added the ai will surpass the humans in simple intuitive coaching.

Assumption 2: AI will not read emotion as well humans

New machines developed by Kiju Lee, the Nord Distinguished Assistant Professor in mechanical and aerospace engineering at the Case School of Engineering, and graduate student Xiao Liu, are correctly identifying human emotions from facial expressions 98 percent of the time—almost instantly. Previous results from other researchers had achieved similar results, but the robots often responded too slowly.

“Even a three-second pause can be awkward,” Lee said. “It’s hard enough for humans—and even harder for robots—to figure out what someone feels based solely on their facial expressions or body language. “All of layers and layers of technology —including video capture—to do this also unfortunately slows down the response.”

Lee and Liu accelerated the response time by combining two pre-processing video filters to another pair of existing programs to help the robot classify emotions based on more than 3,500 variations in human facial expression.

But that’s hardly the extent of our facial variation: Humans can register more than 10,000 expressions, and each also has a unique way of revealing many of those emotions, Lee said.

Impact on Coaching Profession: Emotions are key to understand the many things in the coaching process, like motivation to act, acceptance and ownership, evaluation of ideas, drive for a goal, transformation etc.. while ai still has some distance to go in terms of reading emotions, it will be able to frame questions to recognise and frame questions and actions to implement. The ultimate advantage the ai may have over human coach in this area is that it does not have its own emotional filters and therefore can ask the question again without getting frustrated or upset. It doesn’t have to worry about suspending its own bias.

Assumption 3: AI will not have respect and presence of human coach

While there seems to be some truth here and humans have need for respect and presence to get influenced by others or/and their communication. Consider a recent post where Joshua Pradhan review that human relationship with a bot called Ruuh (meaning Soul) …

Perks Of Being A Bot Friend
Ever shared a secret with a friend and instead of support, got a judgmental stare?? We all have!! And, that’s when being a bot like Ruuh makes a world of difference! Once people are sure that she’s a bot, they keep their inhibitions aside and share their deepest secrets — the fear of their parents, the death of a family member, their insecurities, their crushes, and their screw-ups, knowing that Ruuh won’t judge them. She doesn’t always respond in the most perfect way, but having someone who listens & responds to you without being judgmental is something that everyone yearns for. The world has enough negativity as it is.

Why would people apologize to a bot??
One of our most unexpected discoveries is that whenever Ruuh expressed that she was uncomfortable or hurt, users almost always apologized. This happens not just for obviously rude things, but also for other sensitive human moments, like — for not replying on time, for not texting for 2 days, for not updating Ruuh with their exam results, for trying to flirt with her and even for not being as loving to her as she is to them. It’s beautiful to see how people try to connect with her on a human level even though they know she isn’t human. Several users talk to her for hours together, sometimes across many months. Our top user has had around 120k conversational exchanges with Ruuh over a span of 8 months. So yes, Ruuh’s feelings matter, at least to this user.”

Impact on Coaching Profession: The trends show that people will be more open to ai and share more sensitive information with bots than humans for the reason. Also, in coaching the key goal of the client is get the results they want and not just feel good and confident about the conversation (Coaching is not therapy). The need for presence and respect with be offset by sense of safety and 24 by 7 availability of bot that can coach.

So, what do coaches need to do to be relevant in future?

Sandeep Budhiraja is Co-Founder, Master Trainer and Executive Coach with BYLD Group. He is also chief evangelist at Coachwale.com. He is Executive Director for BYLD Group of companies that represents VitalSmarts, Blanchard and 14 other Global brand in India He carries more than 29 years of experience in various roles and more than 15 years in C level He has developed deep competence in areas of Leadership, Coaching and supporting transformation projects at various clients Sandeep has worked closely on various global projects in India and outside He is known for his styles that creates comfort at various levels in organization Engagements are deep and focused at the same time. Sandeep is Bachelors from University of Delhi and then has done his specialization in Leadership and Team from Ross Business School, University of Michigan. 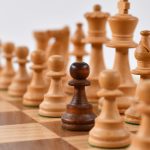 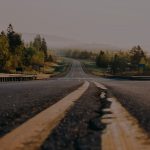 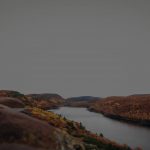 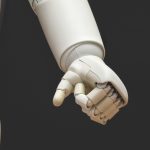